As a cultural project it’s certainly out of the ordinary. Pupils from two classes at the FG Basel private school have transformed the guest limousine of the Grand Hotel Les Trois Rois into a graffiti artwork, entirely in keeping with the hotel’s advertising claim: “Rich in history, young at heart”.

Since its reopening in 2006 the Grand Hotel Les Trois Rois has regularly supported charity projects and joint ventures with organisations that benefit the welfare of children in the Basel region, for instance the regional children’s cancer charity.

At the request of pupils from the FG Basel private school the Hotel has now also agreed to a cultural school project. As part of the “ media and art ” project we ek, schoolchildren of classes 3Pa and 3Pb (between 12 and 14 years old) were given permission to redesign the guest limousine of the Grand Hotels Les Trois Rois (a 2006 Bentley) using spray paints. Swiss graffiti artist Thierry Furger was their professional mentor under mediation and project coordination of Philipp Brogli, Artstübli Galerie Basel.

The result of the one - week joint project is a guest limousine that’s bursting with joy and happiness and resplendent in the house colours of the Grand Hotel Les Trois Rois, clearly identifiable by the logo and the claim: «Rich in history, young at heart» . The pupils made ample use of the artistic licence granted to them and transformed the vehicle into a distinctive work of art on four wheels .

The project once again illustrates the ambition of the long - established hotel to blend its over three hundred years of history with a vibrant present.


Making Of - The Bentley Project 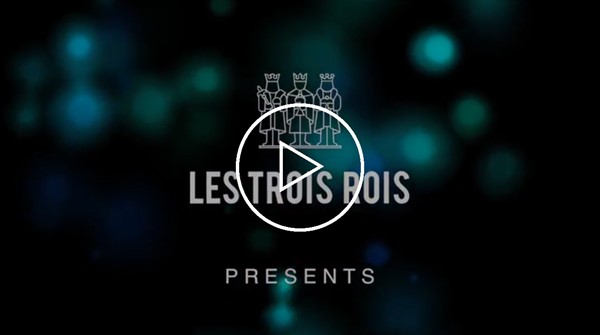 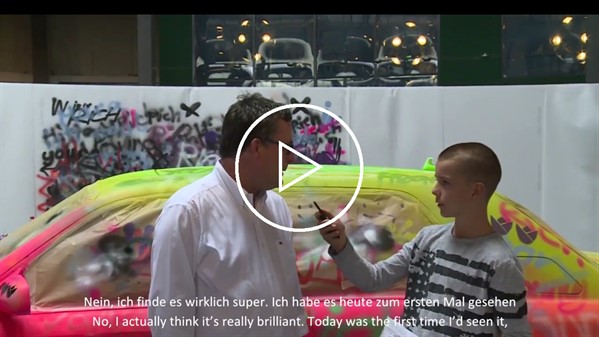 About the artist: Thierry Furger , born in 1975, discovered the world of graffiti in the late 1980s and has since devoted himself to its exploration; he currently lives and works as an artist and graphic designer in Zurich. For more than twenty years now he has been following a nd document ing the subculture of ‘writers’ and their output. He first presented his works at an exhibition in 2007. For Furger, graffiti means n ot just many years of practice working with letters and spray cans to develop a signature style, but also being able to rea lise his works under difficult circumstances, under time pressure, and in poor light conditions. He creates works that do not necessarily highlight calligraphy or technically perfect lines, but showcase the impact and the aesthetics of speed as well as the transient nature of existence itself.

FG Basel is rooted in more than 125 years of tradition, innovating education and uniting all school levels under one roof, from ki ndergarten to matura. «Education made to measure» has been the trademark of our independent and child - centered private school in the beautiful and safe Gellert quarter of Basel . Our school concept recognises each student’s individuality, creates spaces for forward - looking teaching and learning methods, as well as offers a great variety of programmes for the support of different talents.